Let's learn to sustain racial harmony in our community by celebrating cultural differences and learning how to talk about racism. Please join us at DiSilvestro Playground (15th and Morris) at 2pm on April 30th, 2022.

EPBN board members hold a range of personal perspectives on the issue of lane configuration. Board members view the outcome of the City’s extra outreach as successful because the process included voices from historically underrepresented groups and because two compromise positions were reached.

From April 2021 to February 2022, members of EPBN participated in working group meetings led by OTIS about the repaving project and proposed lane reductions on Washington Avenue. Other meeting attendees included members of interest groups and RCOs, residents of areas north and south of Washington Avenue and east and west of Broad Street, and Washington Avenue business owners. Many different perspectives were presented.

These meetings were necessary because, as the City has acknowledged, neighbors in areas that have been historically underrepresented in city planning decisions did not have access to the digital survey that occurred in 2020. Equity demands that more time and attention be dedicated to listening to these voices precisely because of this long history of underrepresentation and exclusion.

All people at the working group meetings advocated for repaving and for improved safety measures, although people differed on what types of safety measures would be most desirable and possible.

At a community meeting on February 5, 2022, OTIS announced that the City is only considering modified versions of the 4-lane and mixed layouts. The 3-lane only and 5-lane (current) configurations discussed at working group meetings are no longer under consideration. Thanks to new perspectives introduced by the inclusion of a greater range of voices, OTIS ran simulations and determined that the 3-lane only option was not viable. For example, if the Vine Street Expressway were to again be closed by flooding, the resulting gridlock would paralyze traffic on Washington Avenue and adjacent streets. Keeping the current 5-lane configuration, a position advocated by many, is also considered not viable.

EPBN acknowledges that compromise can be difficult and recognizes that some proponents of the 3-lane only and 5-lane (current) configurations are disappointed with the two available options.

EPBN is pleased that the City, through OTIS, acknowledged that the original survey process was not inclusive and that future community engagements must be more inclusive. In the future, the City must use new processes that begin with centering those people who do not regularly have a seat at the table.

We appreciate the time and effort that OTIS put into listening to voices that they had not previously included.

We appreciate the time and effort of neighbors and business owners who contributed their voices to this process and who collaborated to produce points of compromise.

(View a PDF format of this letter here.)

In place of our annual Happy Hour Home Tour (formerly the Beer Tour), we are hosting a Virtual Charity Raffle. All of the funds will go to supporting our cleaning, greening, zoning, public safety, and outreach work we have been doing in Point Breeze for over a decade. Check out the list of raffle items to find out which great businesses support East Point Breeze Neighbors!

For as little as $5 you can score a raffle ticket for gift cards to Sprouts, Chicks, Rowhouse Grocery, and many more South Philly businesses!

The raffle will close on Friday, December 18th at 7pm, so get your raffle tickets soon!

Voting Has Started for the General Election!

There are many options for voting in this year's general election, including mail-in and early in-person voting. For more information, go to:

However you do it, don't forget to vote!

Join us for East Point Breeze Neighbors' 13th annual Happy Hour Home Tour (formerly called the Beer Tour) on November 9th, 2019! Hop from home to home while sampling food from South Philly restaurants, sipping ciders and beer from local breweries, and meeting your awesome neighbors. Tickets are only $45 and they support East Point Breeze Neighbors and our cleaning, greening, zoning, public safety, and outreach activities. We plant trees, hear zoning cases, and provide information to neighbors on crime and this fundraiser is what makes it all happen!

Attendees will be automatically entered to win prizes including gift cards from local sponsors!

Thank you to our sponsors!

The largest non-profit festival in Philly is coming to our neighborhood on Saturday! It will go from 12-8pm and will take place on Washington Avenue between Broad Street and 17th Street. For information about parking restrictions and plans for the event, please check out their website: https://bloktoberfest.org/ 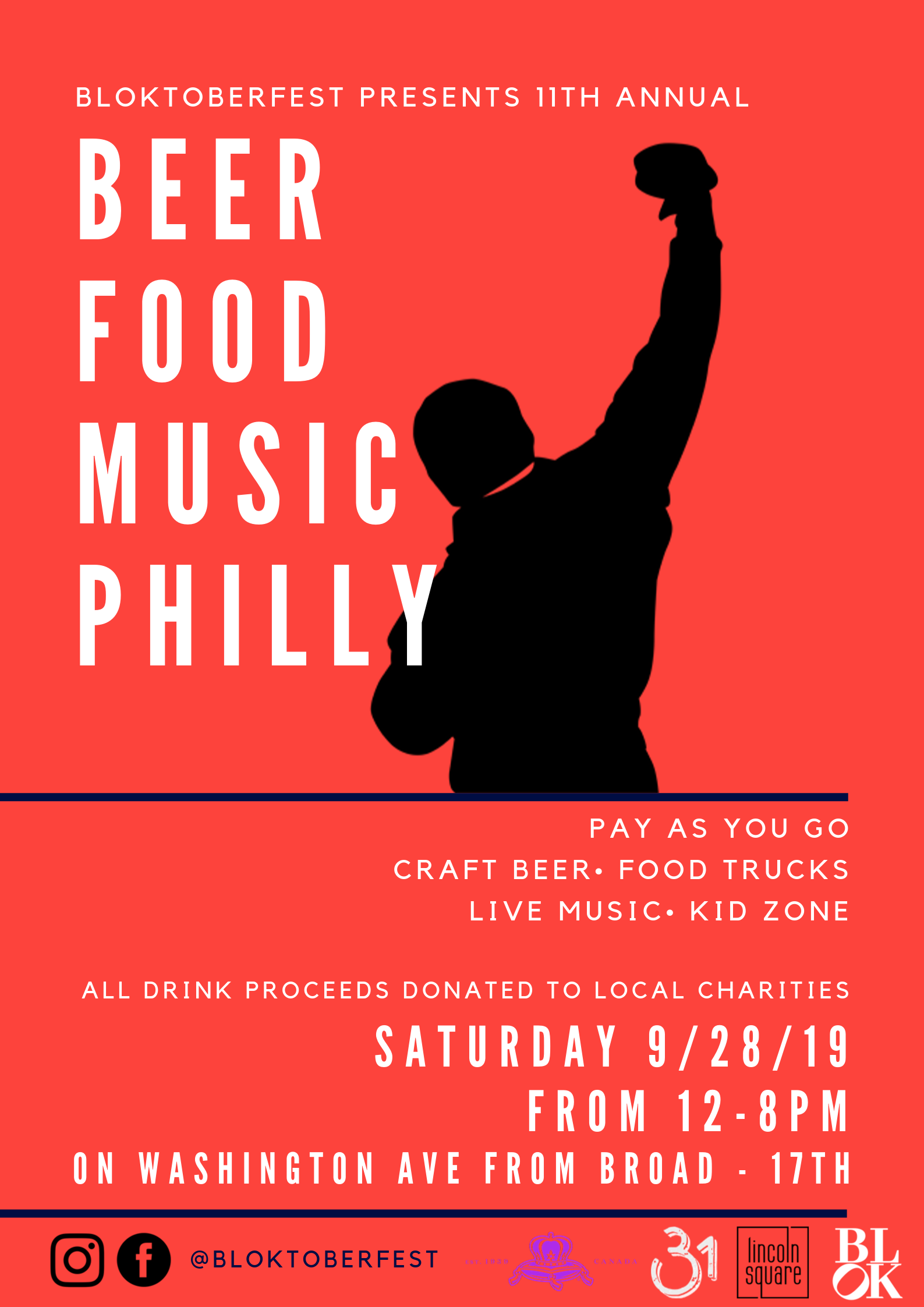